'Bottom of the Seventh'

Bottom of the 7th 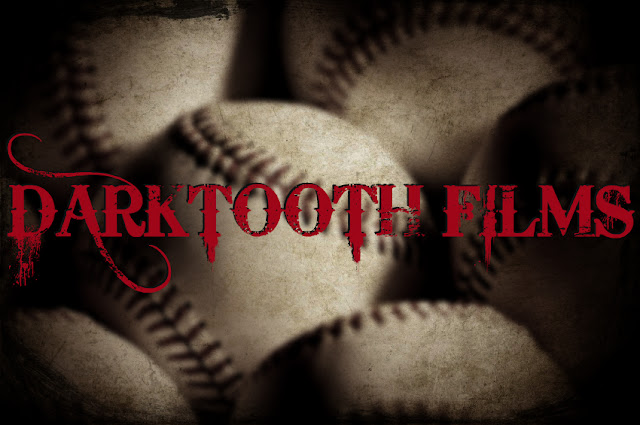 Wow, here we are, August of 2013. I'm at bat in the bottom of my seventh year as a filmmaker. And it's been 15 months since my last confession (blog). Life in the film business has been challenging and very exciting, yet slow and ever-changing.

Since May of 2012, I've done a lot but was really ready to do a lot more. But, in a nut shell, I've released my sixth film (my second documentary called 'Dhivaan's Dream' in May 21, 2012. I finished the final, final draft on my three year writing spree for my feature screenplay, 'Carseat & Stationwagon'. I was hired to be the Production Manager for the International Academy of Film & Television. And was hired again as a Camera Op for Season Two of 'Miracles & Meals' Jewish Cooking Show; designed my own website for Darktooth Films; officially started my company, Darktooth Films, LLC; spent a week in Miami filming for the Medical Tourism Association; and presently working with a couple musicians filming music videos as I continue to always study, shoot and barely sleep...and try and keep up with the digital filmmaking world. I may not be hitting much lately but I'm swinging a lot and still surviving as a filmmaker; and that's the goal. Keep swinging, keep pushing, keep believing while keeping the faith alive. If there's a will, there's a way and that way will be made!


'Dhivaan's Dream' was my second documentary film. It's a very moving story about a 12-year old boy (turned 13 during filming) from South Africa named Dhivaan Salig, who has Aspergers Syndrome and wants to become a film director/writer. The chemistry between this young boy and myself was just 'magical'. It was about a 15 month project that started the first day of film school for Dhivaan when I began tutoring him at the the Palm Beach Film School. Our passions collided and our friendship ignited and I have become great friends with the entire Salig family. Dhivvan is now a student at the G-Star School of the Arts in West Palm Beach, Florida. This documentary was officially accepted into the 2012 RED SHORTS FILM FESTIVAL in Ft. Lauderdale in which it won an audience appreciation award. It was also officially selected at the 2013 Ft. Lauderdale International Film Festival and the 2013 TCIFF.

Later, somewhere in the first quarter of 2013, I was able to produce a final, final draft of my feature screenplay, 'Carseat & Stationwagon'. It turned into a three year writing spree which I think was a good thing. I did have to put the filming of this feature script aside as the funding was extremely difficult. More and more speed bumps occurred as I got closer and closer from development to pre-production (locations, permits, insurance, personal schedules), I couldn't envision the film anymore and new I had to stop the progress and regroup later. Things like this do happen (more so in Hollywood) and I learn to embrace them as there must be a universe reason for it. It's not for a lack of effort, that's for sure. I truly believe this quote that I use all the time; and that is, 'Films are made when they're meant to be made'. And in my case, it'll be another time for my first feature film to be up and running again. 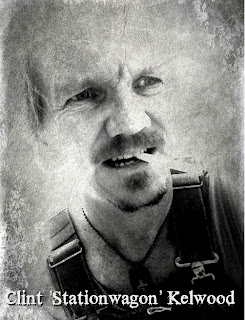 As I loved developing the character of 'Stationwagon', and really miss the opportunity to perform as an actor in my film as Clint Kelwood, I must say that, depending on the time frame it'll take to get funding and re-cast the film, I may step down to direct only. If I know one thing in this business, is that things are meant to be just the way they happen, so, we'll see if I either take on the challenge of directing and acting or just direct...or neither. I just want my screenplay made into a movie as it is just a simple little story; BUT, it's my personal 'next level' of filmmaking I'd like to achieve in it's due time.


I do apologize sincerely to all the actors I had cast in the film and the partial crew that I had been working with as they have dedicated a lot of time and effort in helping me try and get this film started. This biz ain't easy.

It was also great to work with good friend Jack Mendes of JVM Video Productions as we filmed two dance gigs this year for 'The Classic Elements' and 'The Wonders' dance teams in Port Saint Lucie, FL.


The best part of these last 15 months have been working at the International Academy of Film and Television in Hollywood, FL. I was back in action working with new and upcoming film students. Wow, I was  loving the creativity coming out of the students at this school. I worked as the production manager from September 2012 to May 2013. The energy and passion I had while working with these students gave me a natural high that I can't explain. Due to circumstances beyond my control, I am no longer at IAFT, but, the students and I tore it up while we were there and we all so far, still keep in touch.

I am still working as a freelance cameraman and gaffer, grip, boom operator and such. And continue to  work with Darin Perron of Digital Motion Studios. This is our second season with the series, 'Miracles & Meals'. Last season, it was the number one cooking show on the network. Miracles & Meals with Joanne Caras is a very special kind of cooking show where Joanne and her husband, Harvey Caras, tell emotional Holocaust survival stories and cook special Jewish food dishes right from their kitchen in Port Saint Lucie, FL. The show is on Monday nights at 9:00pm on JLTV and is seen in many countries worldwide. The show is produced by Digital Motion Studios, Stuart, FL. The cool part is eating an amazing dinner after filming.

For the show, I work Camera 'B' as well as Gaffer/Grip work. In October 2012, I worked with a Canon XL-H1a for a corporate convention held at The Ritz in Palm Beach (really Lantana, FL) where I worked for Jim Sutherland Media out of Atlanta, GA. Then in November 2012, it was MTA time again; this time in Miami. The Medical Tourism Association convention which is a crazy week of run and gun filming of several interviews and speakers with tons of 'B' roll. It's a great gig and this year we'll be in Las Vegas.

I have been very blessed to being able to work in the industry of which I have an amazing passion for but it hasn't been easy as many freelancers (and my family will tell you). And there's one comment I want to pass along to my students and to anyone that is cringing to get out of there 'day-job' to jump full time into film and that is to look at your own personal situation from your financial status to your family status and create a plan that will either put you on the fast pace to be in the film business or put you on a slow pace in this business; whichever one works best for your life at the moment. And know this, (and I've said this before) if you're not a risk taker and don't know how to discipline and make sacrifices for yourself to achieve your goals, then the time may not be right for you to do such a thing.

So, it is very important to remember this, especially  during the downtime of this so called film life, is to not lose your focus; you must "envision it, believe it, feel it, taste it, see it, be it" because if you don't have that running through your mind a few times everyday, this film life can chew you up and spit you out faster than the pace it took to get you here. Already know that you're successful in this 'film life' (or any career choice for that matter), and roll with the punches. Being broke don't mean you're broken. Listen, I've lived on both spectrums of life. I've been rich with a high paying job and a sweet retirement which I worked extremely hard for and deserved but, unfortunately, I was an internal  robot with many voids in my life. But I've also been poor with not knowing when my next gig or my next paycheck will be. However, somehow I've found internal happiness with myself which probably comes with the positive humble attitude I live with everyday; and I do believe and have faith that my voids are being filled as we speak. I've worked too damn hard for them not too.


And the old saying my dad used to always say, 'if it was easy, everyone would be doing it'. I always know that if I work hard enough with anything I wanted to do and wanted it bad enough, somehow it will begin to unfold before my eyes.


So when things look grim and very weak financially, then endure it, respect it, love it. If you want too, laugh at it, like I do. Work your life's budget around it but never lose site of the passion that got you there in the first place and soon enough you will be running camera's, setting up lights, doing production assistant (P.A.) work, directing a film, writing a script that someone wants to buy or shoot.

I kept a vision of mine to eventually do more music videos for other artists besides myself.  And next thing you know from some great contacts, I have done just that. I've already finished one for a Rap Artist named TooSmooth with his song, 'Bad Luck' and now I am in pre-production with another artist, Bobby Gugliuzza ('Bobby G') for his original song, 'Mustard Seed'. And, I don't know exactly how all them stars line up in the universe but it's been a back-burner goal of mine to somehow get in the studio to record an original song of mine called, 'Kick Up Your Zero' and bam, the song is complete and ready for a music video of it's own.

The song was recorded at SofaSound Studios in Port Saint Lucie, FL by producer/musician Joe Sofia with  Brian Biesiadecki on the drums and singer/songwriter Amanda Sofia on background vocals. After I played the acoustic and electric rhythm tracks and recorded the vocals, Joe added the bass, keyboard (strings, French Horns) and lead guitar. Musician/composer Johnny Sofia mastered the mix and added some flavor of his own with intro strings and timpani drums. The single will be released in September 2013 through internet streaming.

Last but not least, as this blog is getting way too long like my debut one, I thought I'd mention that it looks like I might be strapping on my ol' '85 Alvarez Yari Acoustic guitar to attempt to get back out in the public to perform some classic songs to generate some funds and get back to one of my all time passions... performing music. I have not officially performed as a musician in public since 2007 when I was the guitar player for Godwired. Sometimes I've always thought my music love was a curse and not a gift. But when you find your passion, it really is a special gift you must endure because you can't just go in your brain and remove the computer chip to eliminate it (as I believe I've tried several times). When you're blessed in life to have two passions that actually intermix with each other, well, now, that's just God saying, it's yours for the taking....now go shine! Peace, -MEL